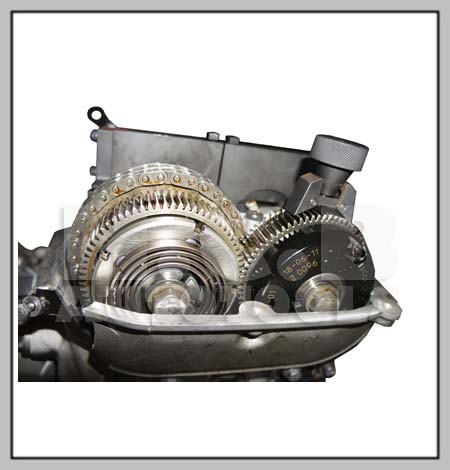 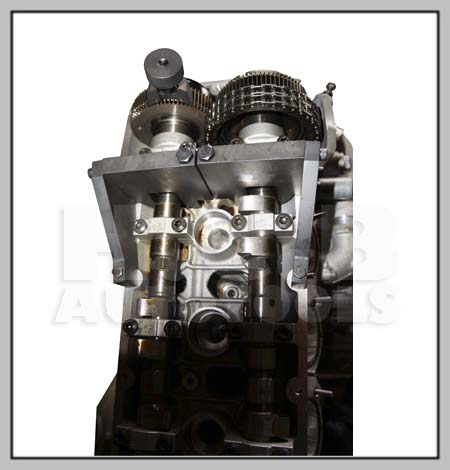 Sort By Return to Top

This kit contains the necessary tools for the camshaft timing on M60 engine, as well and the VANOS timing on the M62 engine.

Tool used to tension the timing chain when the cover is removed.

CTA Manufacturing Corp. started in 1978 with a few specialty tools and a lot of great ideas. After spending over 25 years setting up worldwide distribution for the biggest names in the business, the founders of CTA decided to take some of their own ideas to market. CTA now manufacturers special tools for a huge amount of applications, supplying mechanics and DIY'ers alike with the tools that they need to get the job done. This includes bushing presses, ball joint separators, as well as more complex tools to work on your timing or cooling system.

Originally named "Classic American Tools", the company expanded from manufacturing about 20 Specialty Tools to over 1000 tools under the CTA name today. Factories are located worldwide, manufacturing Specialty Tools to meet the demands of today's technicians. From micro-thin "Plastigage" to 600 Foot-Pound Torque Wrenches, CTA offers one of the widest ranges of Professional Specialty Tools in the market. Whether you're pressing in bushings on your BMW or changing the brake pads on your SAAB, CTA can supply you with the tools needed to do the job.

If this is not the exact Timing Tool Kit (N51 N52 N53 N54 N55) you are looking for, or you would like this part in a brand other than CTA, please contact us and one of our customer service experts will help you locate the exact part you need.

Click a year range, make, and model below for additional information.

Within 30 days of your shipment date, defective parts may be returned for a refund, store credit, or exchange. After 30 days this product is supported by a two (2) year warranty against defects. After 30 days and up to two (2) years from your shipment date, defective parts may be returned for a refund when a new part is purchased. The new part will carry a new two (2) year warranty from the date of shipment. The cost to ship you a new one and ship the defect back to us is not included in this warranty. After two (2) years eEuroparts.com com® will honor any extended manufacturer's warranty. No exchange will be offered outside of the manufacturer's warranty process. Parts covered by the manufacturer warranty need to be exchanged through the manufacturer and may take up to 4-6 weeks. This warranty is inclusive meaning that if it is not specifically stated here it is not covered. Labor to replace the damaged part and any consequential damage due to failure of the part are never covered under this warranty.

eEuroparts.com® offers a thirty (30) day cash return for all items purchased through eEuroparts.com®. The item must be new and in its original manufacturer packaging to be eligible for a cash refund.

If you would like to return an item or have questions about the process, please contact us and one of our customer service experts will be happy to help.

This information is only a summary. Complete shipping and return policy information can be found in our web site policies.

Special designed to locate the camshaft in TDC position.
Checking and adjusting the timing chain tensioner.

Special designed to locate the camshaft in TDC position.
Checking and adjusting the timing chain tensioner.

This website uses cookies, which are necessary for the technical operation of the website and are always set. Other cookies, which increase the usability of this website, serve for direct advertising or simplify interaction with other websites and social networks, will only be used with your consent.
Sours: https://www.kstools.com/en/products/catalogue/special-tools-for-passenger-cars-and-light-commercial-vans/engine-timing-tools/bmw/4105/engine-timing-tool-set-for-bmw-10-pcs?c=1011736473

German Auto Solutions GAS Master Cam Timing Tool Kit for the BMW/Land Rover M62-M62tu Engine<p><span style=\"color: #1133aa;\"><b style=\"color: #1133aa;\"><img class=\"size-full wp-image-1262 alignleft\" src=\"https://germanautosolutions.com/wp-content/uploads/2019/06/made-in-usa-thmb.png\" alt=\"\" width=\"150\" height=\"120\" />Below is a short intro to the German Auto Solutions Master BMW M62-M62tu Cam Timing Tool Kit. <a href=\"https://germanautosolutions.com/products/bmw-products-by-category/bmw-specialty-tools/german-auto-solutions-m62tu-cam-timing-tool-kit/\">We highly suggest that you click this link</a> to read why this tool kit is so popular, accurate and easy to use. Our M62tu tool kit looks different than everyone else\'s for a reason!</b></span></p><p>When we design any of our tool sets, we start out by purchasing the OEM BMW factory tools, we analyze them, and then we set out to produce a tool set that does not compromise OEM quality or accuracy, is less expensive to manufacture and easier to use. We almost never copy the factory tools (or anyone’s tools), we take a fresh look at the function required and usually come up with a better, easier and more accurate way of doing things. Our M62-tu kit is a perfect example of this innovative re-engineering technique.</p><p>Almost every tool in our kit accomplishes its function in a different and more accurate way than the OEM tool. If you have ever used the factory BMW M62-tu VANOS tools you will really appreciate our redesign. Better quality, greater accuracy, easier to use, and way less expensive to own, what more could you possibly ask for?</p><p>German Auto Solutions carries everything you need to perform this critical service including all of the guides, gaskets, seals and timing chain. See the \"<span style=\"color: #1133aa;\"><strong>Related Items You May Need</strong></span>\" tab above for links to these other products.</p><p>For those you can’t justify the purchase of a complete tool set because they only plan to use it once, you will be pleased to know that all of our Master Tool Kits are available on a rental basis.</p><p><strong><a href=\"https://germanautosolutions.com/store/master-cam-timing-tool-kit-rental-bmw-m62tu/\">Link to M62-M62tu Master Cam Tool Kit Rental</a></strong></p>5 stars, based on 4 reviews 05

*This product ships "Signature Required". Someone must be available to sign at time of delivery.