Today is a freebie topic slot on TTT, and I want to talk about pet names. Sure, thinking about naming hypothetical children after favorite characters and authors is fun, but who’s to say we’d ever have the guts to do it? But pets? Pets are fair game. Pets are supposed to be named cool, dorky, nerdy, and/or hilarious things.

Actually, as much as I like the idea of pets, they’re an awful lot of work. (Probably) not surprisingly, I’ve found I do well with cats. I am very much a dog person, but cats are equally cuddly and take less work. There is practically 0% chance I will ever devolve into a crazy cat lady, but since we’re dealing in hypotheticals, if I were in charge of naming ten cats, here’s what I would pick.

Unlike all the others, this pet is a virtual certainty. I have decreed it. I want a black, shorthaired cat, preferably with an angular, sneaky face. His name shall be Gen (after my favorite MWT character), and I shall love him forever. “Ew” all you want, ya bigots. I think they’re precious. I think having a cat named after Bast from the Kane Chronicles would be awesome. And while Bast was never a sphynx, I want one, so I’m claiming artistic license. Really, DPR should be another black cat, but I think charcoal bengals are lovely. And the name comes with so many built-in quoting options! You could call him “Robbie” or “Dread,” and then when a friend realizes the reference and accuses, “You named him after the Dread Pirate Roberts, admit it!”, you can bow and say, “With pride!” I think Abyssinians are awfully pretty, and they’re so sleek and elegant-looking. And honestly, the thought of a tiny Ismae running around with a tiny Gen makes me very happy. Gotta have a tribute to the cleverest eleven-year-old chemist to grace the pages of literature. Flavia is so dang curious that she would be a perfect cat. Name: Camicazi (How To Train Your Dragon)

It’s probably tempting fate to name a clever kitten after the most uncatchable Bog Burglar in all of the archipelago, but I need to pay homage to my HTTYD love and I don’t DARE name a pet Toothless. That dragon is trouble.

I haven’t decided if the cat would be named after the actual cat in the book or the cat’s owner. Either works, really.

Yep. I would totally get a black and white cat and name it Dr. Seuss. Yes, I would take pictures of it in a hat and possibly a bow tie. No shame.

If you name a kitten after Noah, it will probably hide under tables and chairs, shake in thunderstorms, and be the sweetest thing there ever was. I was thinking of going a completely different route, but look at this goober. How could you name him anything BUT Storm?

Honestly, there are so many ways you can go with pet names. Some other possibilities I came up with: Eowyn, Rue, Thornton, Baba Yaga, Kenji, Sassy, Buruu, Po, Roar, Miri…

What literary name have you given your pets or would you if you had one?

Yes, I am one of those guys who likes to look at pictures of cats on the Internet (Reddit being my supplier of choice). After a few years of this (okay, more than a few), I began to get the impression that a small handful of cat names was being applied to a large number of cats. So I did an extremely informal and unscientific survey of cats I saw on Reddit during August and September of 2013. If we can draw any conclusions from this (and I’m not sure we can), I was mostly wrong. I expected whole kitty squadrons of Dexters, Bellas, and Gizmos, and not much else.

Instead, I saw four Dexters, two Gizmos, and exactly one Bella. And lotsandlots of other names. (Confirmation bias at work. mea culpa.)

Looking for a good cat name? Here are 500 more or less unique ones, grouped by the number of cats I found bearing each name. (Methodology follows the list.)

For about four weeks (say, mid-August to mid-September, 2013) I noted every cat name I encountered in /r/cats and /r/catpictures (these are subreddits, for the uninitiated). I didn’t make any effort to systematize my looking. I just looked whenever I felt like it.

I entered each cat name in a spreadsheet, along with the username of the person posting the image. This encompasses the entirety of my efforts to ensure that I didn’t count the same cat twice: checking the usernames to make sure they hadn’t already posted the same cat. You can see some problems with this method. Suppose two different redditors live in the same dwelling and post pictures of the same cat? Or, suppose one redditor encounters two different cats with the same name and posts images of both of them? In either case, the result is errors in my data. Like I said, informal and unscientific.

And what, I hear some of you saying, about the possibility of reposts? (Shudder!) I did happen to catch one (of the ever-popular Squishy), but there may be others I missed.

Then there is the issue of uniqueness of names. I made a bunch of arbitrary decisions. “Charles” and “Charlie” felt like essentially the same name to me; “Penny” and “Penelope” did not. Some would consider “Jack” and “Jackson” the same name. Where I come from, “Jack” is a nickname for “John,” so I couldn’t see it that way. And what to do about “Leo,” “Lenny,” and “Leonard”? I made them all separate names. I can’t really defend any of this. You can rearrange and recount as you see fit.

If there is sufficient interest, I will add to the list from time to time. I feel safe in estimating that images of thousands of individual cats have been posted to Reddit, and I expect there will be thousands more. There’s no reason to be stuck for a cat name!

I just got reminded of Snorlax yesterday. Snorlax! Why have I  not met any Snorlaxes!!

Again I was nixed last week on my kitten names! I was told, by an attorney, that they were too hard to spell. 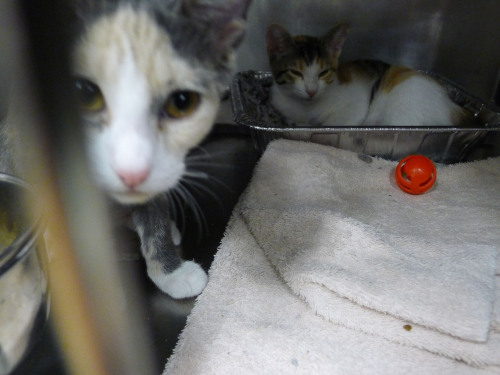 We have a lot of kittens at the shelter right now, and group names are always needed. Here are some, and more to come.

Icelandic names for cats are mad decent. In Reykjavik, cats roam with impunity, eating elves and puffins, and how better to honor a cat’s natural state of being (i.e., stuffed with elf meat) than a good Icelandic name?

Snúdur and Snaelda are popular cat names in Iceland, after a series of children’s books about two cats named Puff and Inky. I KNOW. They cats are named Puff and Inky, but when they got translated, someone went about messing with their names. Grettir is what they call Garfield in Iceland, but Grettir is also one of he heroes of the Sagas. Poor Grettir. How far you have fallen. I wonder if, in Icelandic, Grettir eats Hákarl?

There’s a cat who lives in a barber shop down the street from me whom I’ve decided is named Snorrabraut. It suits him.

I said hastily. Romka put me on cancer, face straight to the phone. You would enter me. I groaned blissfully at the feeling of a hard cock inside me. And he started to fuck.

Yes, please, I answer and I bend even more in my back. Whores do not ask that. Tell me exactly what you want and convince me to do it.

We have never seen Anya so. completely surrendering and agreeing to everything. I continued to have her pussy while the girls stroked Anya's body. Unexpectedly for the girl, I changed the hole, and entered her ass.

She took my papillae with her index and thumb and squeezed them, gently pulled in different directions, it was a little painful, but it only added to. The sensations of sharpness in the lower abdomen, a sweet ache. Alina began to twist the nipples, periodically releasing them and stroking them.