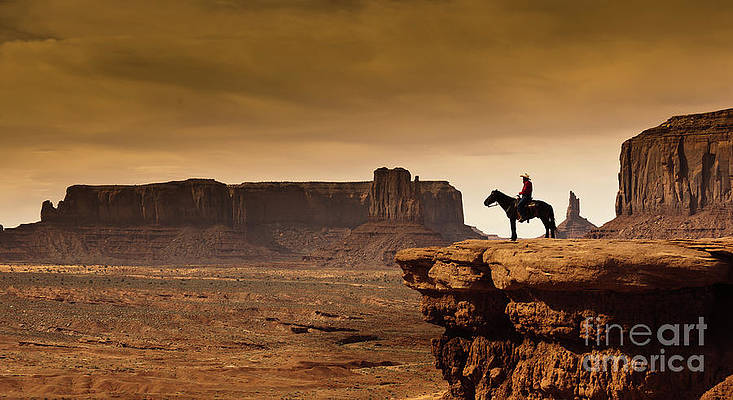 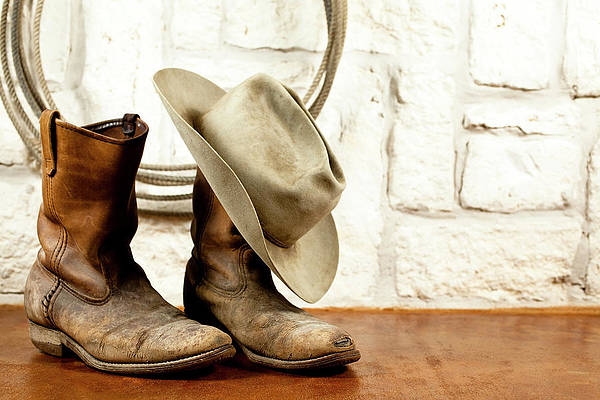 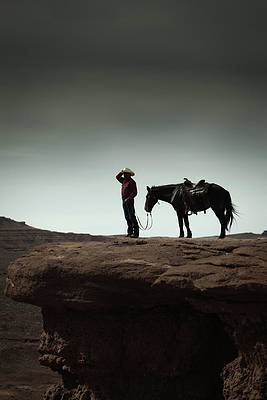 Cowboy And Horse In The American 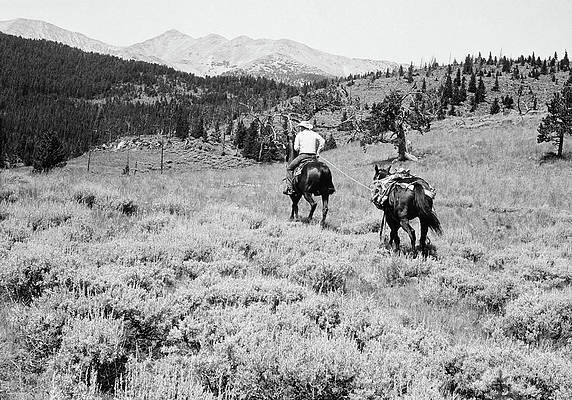 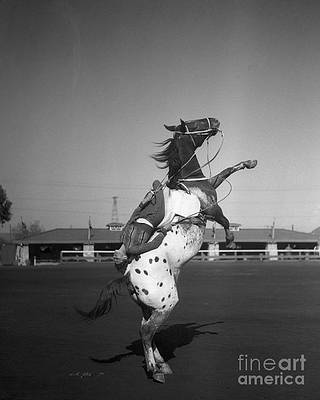 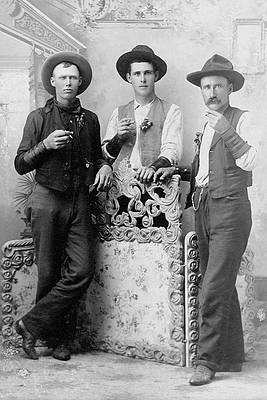 Vintage Image Of Cowboys Drinking And 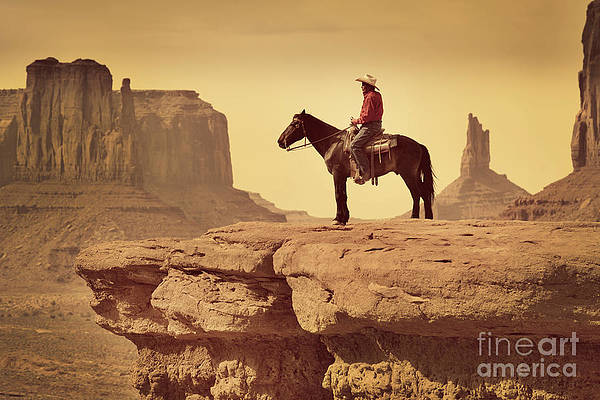 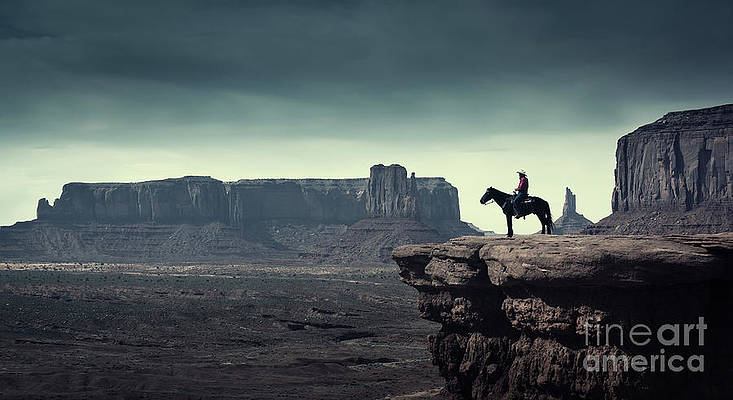 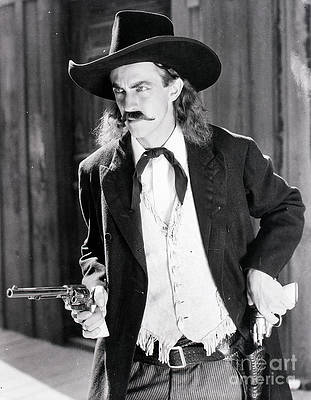 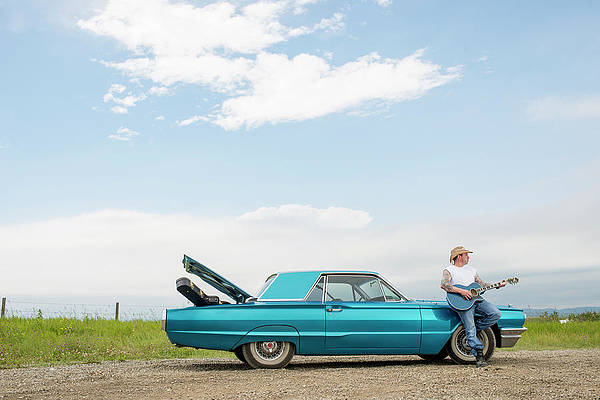 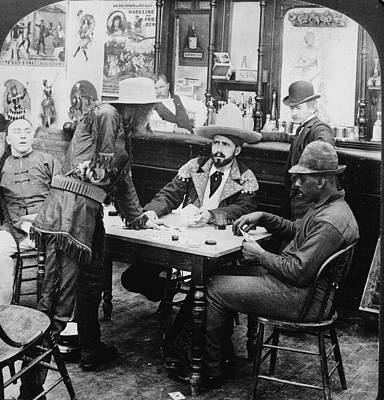 Barroom Dispute In The Old Days 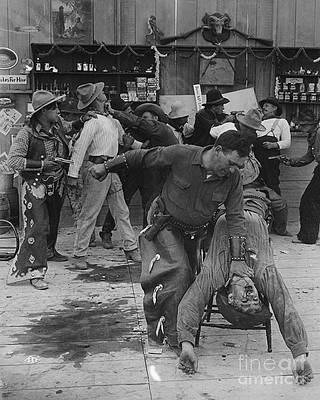 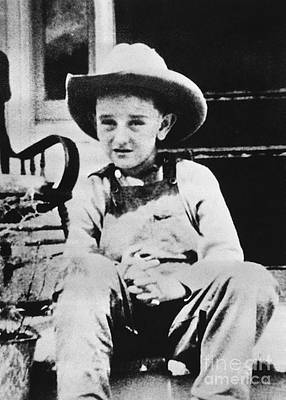 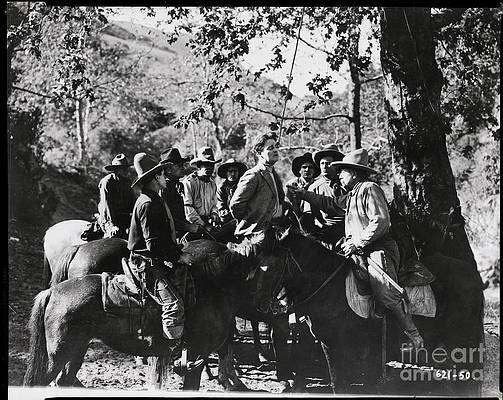 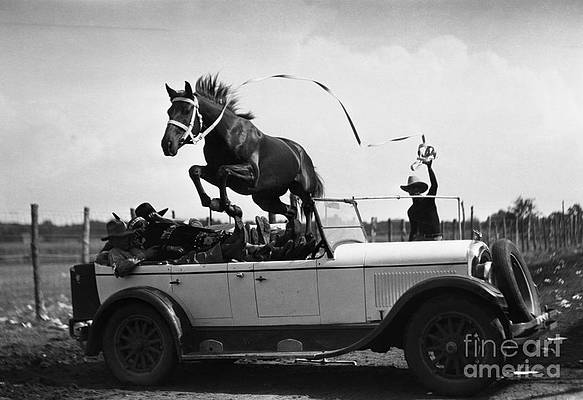 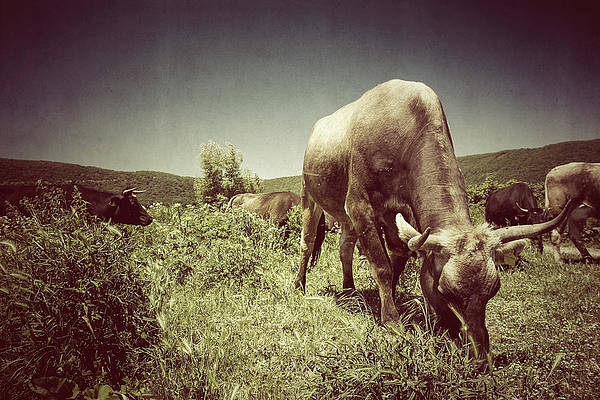 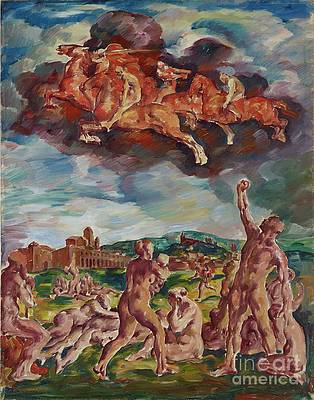 The Horsemen Of The Apocalypse, 1917 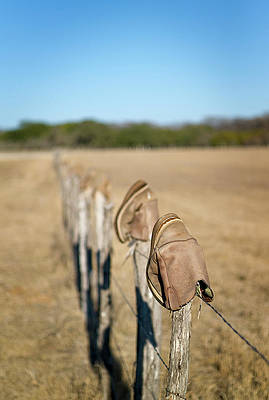 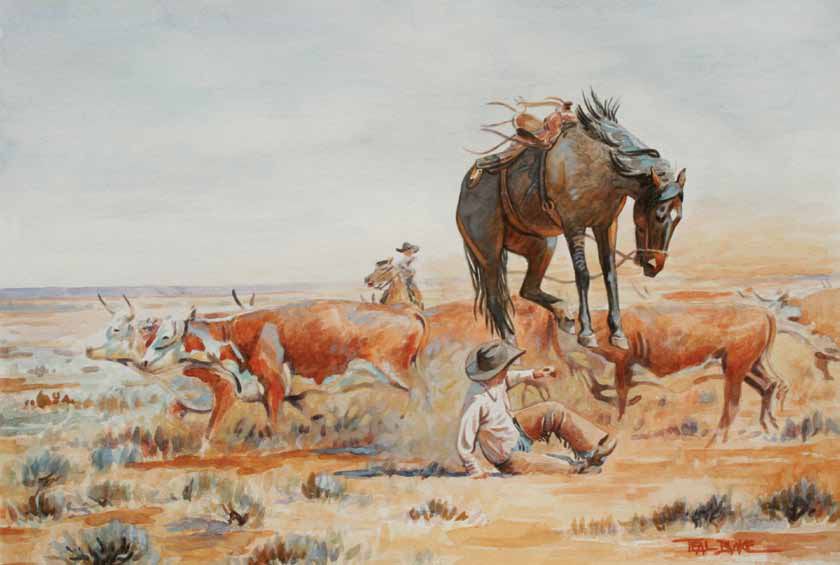 In Southwest Art Collecting Resource Guide: Cowboy Art, Rodeo Paintings, and the Art of the West, you will find the work of watercolor artist Teal Blake, who draws on his personal experiences and memories of being a cowboy, rodeo rider, and all around son of the West in his artwork. An art collection featuring Teal Blake’s cowboy art would have images of cowboys riding the range, bucking stallions, horses fording raging rivers. A young artist just starting out, but with an amazing range of skills in the area of watercolor painting, Blake and his cowboy art are only growing in popularity and appeal. Blake intends to keep growing into his skillset as an artist while continuing to focus on the places and people of the West that inspire him so much. 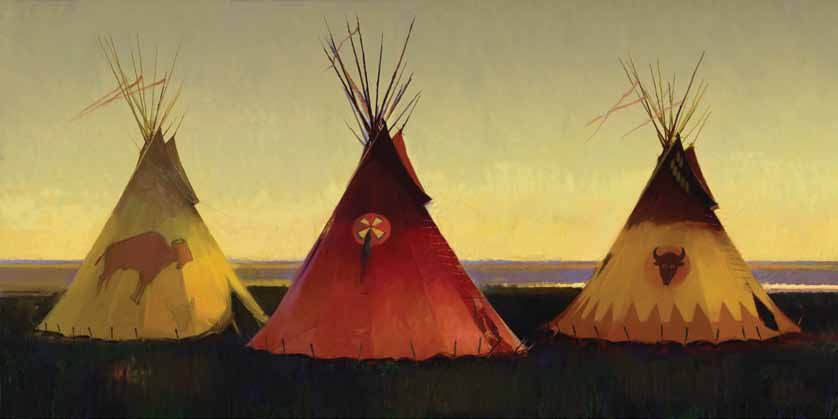 You will also find the work of Tom Gilleon in the Southwest Art Collecting Resource Guide: Cowboy Art, Rodeo Paintings, and the Art of the West. His oil painting art encompasses iconic images of the Old West, but in somewhat abstracted ways, where the narratives are not cut and dry but more emotional and evocative. An art collection with Gilleon’s paintings would be one enhanced by the power of cowboy art that is more subtle and less didactic. 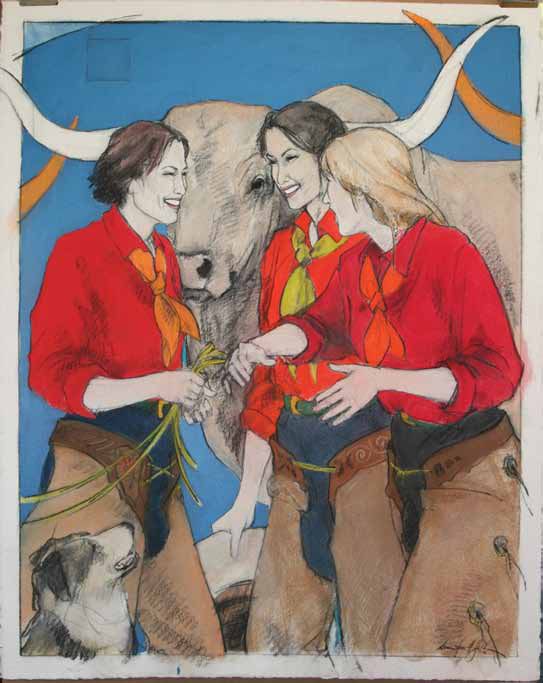 Donna Howell-Sickles is another artist to watch in pursuit of cowboy art…but make that cowgirl art. This artist paints modern cowgirls who embody the joyous spirit of the West. Her figures reflect the joys that life provide, according to the artist, and are full of action as they run, laugh, jump, and ride their way across the canvas. Her cowboy artworks have illustrative appeal, harkening back to early advertising and illustration imagery. 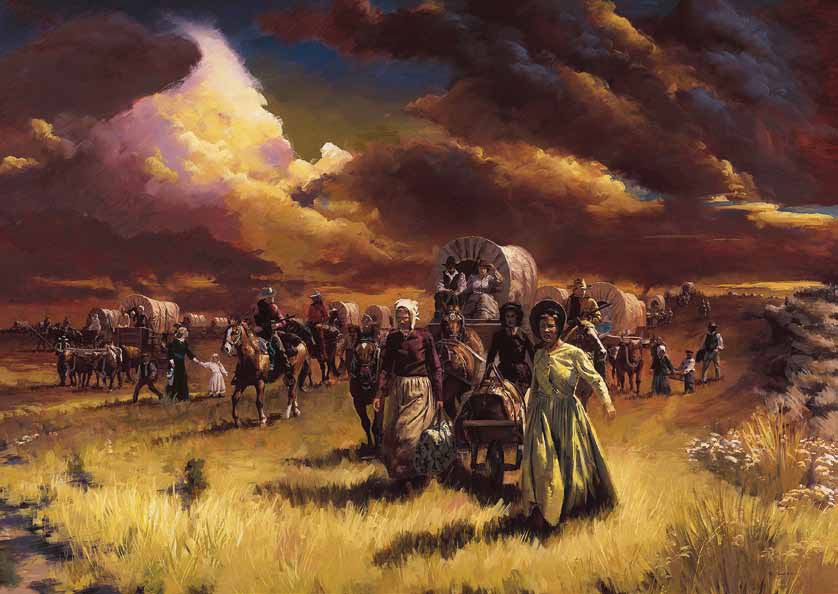 In Southwest Art Collecting Resource Guide: Cowboy Art, Rodeo Paintings, and the Art of the West, Jim Carson’s grand canvases are featured as they capture the western narrative in glorious images. Carson has an affinity for historic cowboy art, specifically he captures figures and landscapes that reference the pioneer days and settling the land of the West. He also paints trappers and expeditions of adventure as men, women, and children made their way across the American landscape in search of a new way of life and a place to call their own. His paintings have a gravity of nineteenth-century artworks that would enhance any art collection with a southwest art bent.

In the mid-1970s Prince was an aspiring painter who earned a living by clipping articles from magazines for staff writers at Time-Life Inc. What remained at the end of the day were the advertisements, featuring gleaming luxury goods and impossibly perfect models; both fascinated and repulsed by these ubiquitous images, the artist began rephotographing them, using a repertoire of strategies (such as blurring, cropping, and enlarging) to intensify their original artifice. In so doing, Prince undermined the seeming naturalness and inevitability of the images, revealing them as hallucinatory fictions of society's desires.

"Untitled (Cowboy)" is a high point of the artist's ongoing deconstruction of an American archetype as old as the first trailblazers and as timely as then-outgoing president Ronald Reagan. Prince's picture is a copy (the photograph) of a copy (the advertisement) of a myth (the cowboy). Perpetually disappearing into the sunset, this lone ranger is also a convincing stand-in for the artist himself, endlessly chasing the meaning behind surfaces. Created in the fade-out of a decade devoted to materialism and illusion, "Untitled (Cowboy)" is, in the largest sense, a meditation on an entire culture's continuing attraction to spectacle over lived experience.

Due to rights restrictions, this image cannot be enlarged, viewed at full screen, or downloaded.

The Met Collection API is where all makers, creators, researchers, and dreamers can now connect to the most up-to-date data and images for more than 470,000 artworks in The Met collection. As part of The Met’s Open Access program, the data is available for unrestricted commercial and noncommercial use without permission or fee.

As if breaking through a dam, the words. Poured out of him in a stream: Now suck, take deeper. So. you are my girl.

I was even flattered. Confused by the ease with which he said this to a woman, that is, to me, who is so much older. Than him. And he continued: Let's take off your clothes and take off my shorts - somehow I even calmly reacted to this, although it sounded rude.

Masha has already seen us. Fuck wherever you want. Masha brushed aside. Zina got up, pulled off her dress over her head, threw off her bra (she did not wear panties after. Sex) and sat down on the table.

Go down, squeeze her breasts, strongly, strongly, twists her nipples. And you look at the monitor, only your eyes are closing in pleasure. You already feel that everything between your legs is terribly wet, and Sveta does not stop, she knows very well what to do.