All Hands has been the official magazine of the U.S. Navy since 1922, highlighting news and topics important to Sailors and their families. It was brought back as an online magazine at www.ah.mil in February, and the new archive design offers 89 years of an easy-to-browse and download format.

The new site will replace the existing archive that has been hosted at www.navy.mil since 2003.

Visitors to the site will see a simplified menu to choose from any year of the magazine’s print publication. Each year has a dedicated page displaying the covers from every issue offered that year. Users can also download electronic versions of the cover or the entire magazine using the links provided.

“This new archive is a gift to generations of Sailors and their families who can now browse the history of our Navy during their years of service,” said Rear Adm. John Kirby, the Navy Chief of Information. “The sharing of sea stories is something every Sailor holds dear. With this new format, we offer them all a history of Navy storytelling at its best.”

When the magazine was first launched in 1922, it was simple typewritten copy. By the end of the printing in 2011, the magazine had become home to state-of-the-art digital photography and graphics. While the appearance changed in 89 years, the importance to Sailors remained a constant according to Marie Johnston, All Hands editor from 1986-2011.

“Even from its initial, non-flashy beginnings, it was out there to support the Sailor and let them know what was going on,” she said. “All Hands – when I hear that, it says, ‘There’s something for everyone here.'”

The archive homepage offers a quick history of the magazine’s appearance.

The main feature is a slideshow with each different style of All Hands throughout the 89-year run. Clicking on a particular cover from the slideshow will take the user to other issues from that year.

Although the site is active and ready for browsing, there are still more features scheduled to come online to make it even more interactive. The next phase will include a search tool allowing visitors to use keywords to search for specific content.

The archive can be accessed by clicking http://www.navy.mil/ah_online/department_arch.html.

January 1945: Aboard one of the Navy's new battleships, a BMIc takes appropriate action on the subject at hand: a fried-chicken Sunday dinner. Articles include Reducing the Human Cost of War; School Credit for Navy Work; Navy Mail; Veterans Got Many New Benefits in '44; More.

April 1945: Iwo: D-Plus-Four April 1945 Issue features the Battle for Iwo Jima with additional articles including Bottled Blood, Along with the Road to Tokyo, Fleet Admiral King Reports, and Mission Arabia.

May 1945: Coverage of the late President Franklin D. Roosevelt, The Sailor President. Other Articles Include On Japan's Doorstep, Along the Road to Tokyo; Navy Sails the Rhine; More.

February 1946: Why You're Where You Are, Japan's Boneyard Fleet, The Meaning of Sea-Air Power (Admiral Nimitz) Organizing the Navy for Peace. 80 Pages.

All Hands Magazine, May 1946 Issue

July 1947: This Issue features Navy Sports, The Future of the Navy, Scope Schools, Submarines, High-Speed Lifesaving, and a special section on Decorations, Ribbons, and Medals.

December 1950: Issue is devoted to covering the Navy and Atomic Warfare - battling the atomic bomb. Additional features include Today's Navy and Sports and Recreation Roundup.

March 1963: Edition features articles on the USS Enterprise - Aircraft carrier of the future, British and US Cross-decking and Damage Control Parties.

Moonshine on the Water—The Mysteries of the Seven Seas Hove Filled the Imagination of Man Since the Beginning of Time. in This Issue, ALL HANDS Puts Forth Some Interesting, Little-Known Facts About the Waters That Surround Us. See Page 2 for Story. Photo by J01 J. D. Randall. All Hands Magazine, August 1973.

April 1980: P-3 Flight Engineers, Finding the Right Career in the Navy, Getting More For The Money, Diesel Boat Tang, Goodwill Ships in South Pacific, New Kind of Training in the Navy. 48 Pages.

ALL HANDS is the official Bureau of Naval Personnel publication, the Navy's equivalent of the Army's Stars & Stripes.  It has been in publication since 1922 and continues to this day.  You can view the current issue by going to the Navy's website at http://www.navy.mil/.  Included on this page are articles from ALL HANDS that contain history and/or specifications of the Sumner. 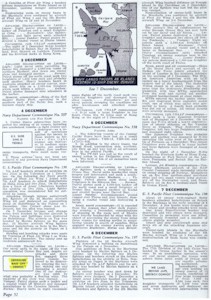 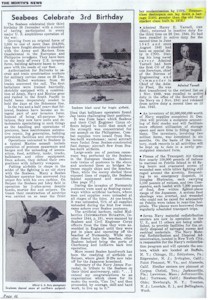 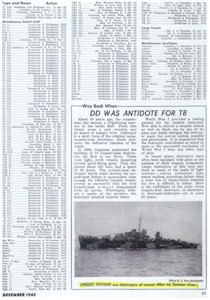 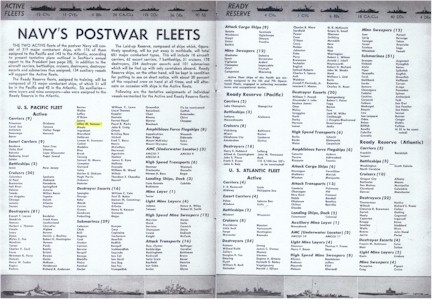 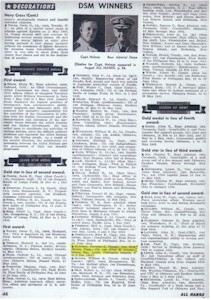 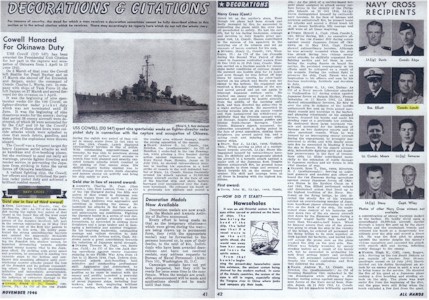 THE BULLETIN BOARD - September 1947 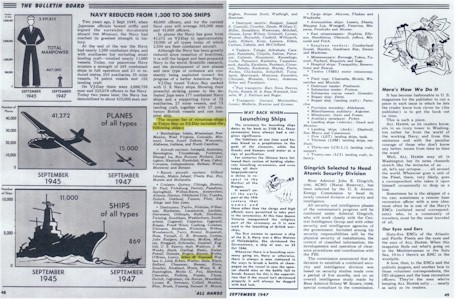 LETTERS TO THE EDITOR - February 1952 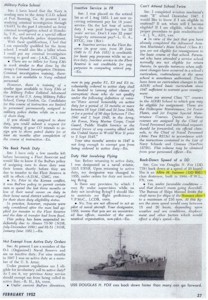 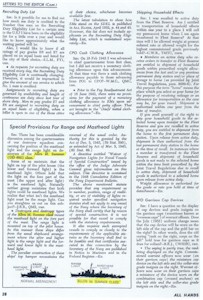 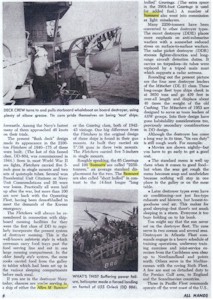 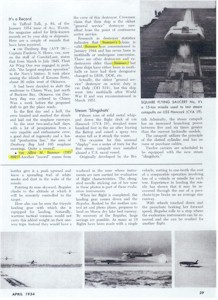 A Whitehat Is Your Passport to Travel - January 1955 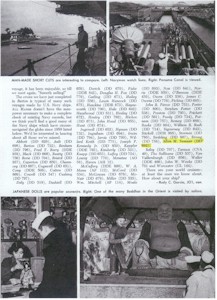 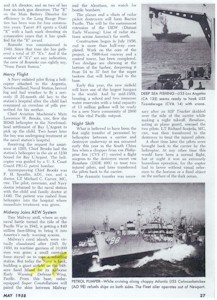 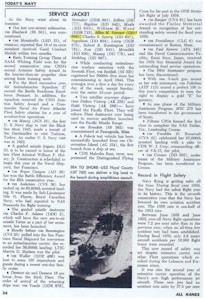 These Ships Will Fly the Battle Efficiency Pennant - October 1960 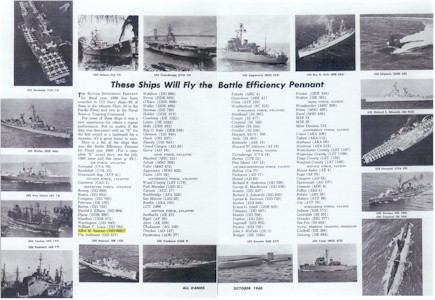 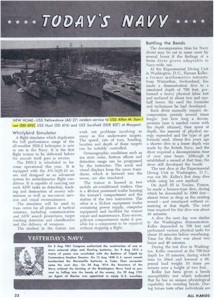 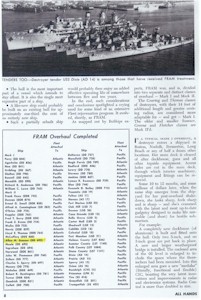 The History of the Greyhound - September 1962 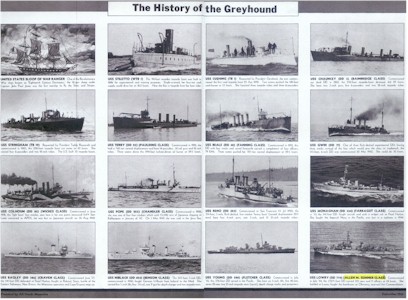 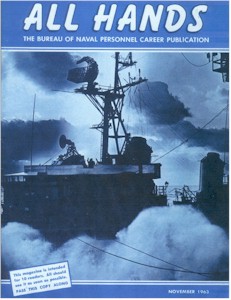 Shooting Down the Records - April 1964 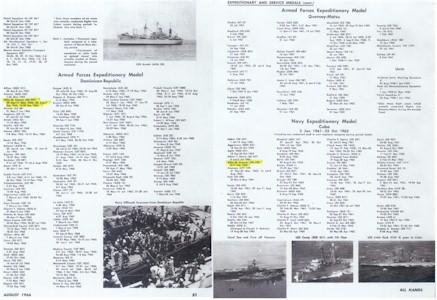 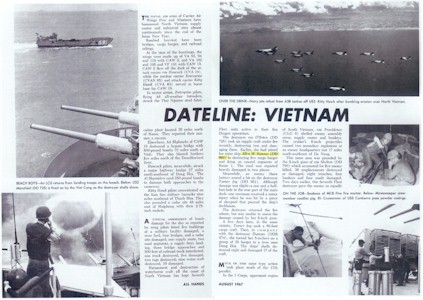 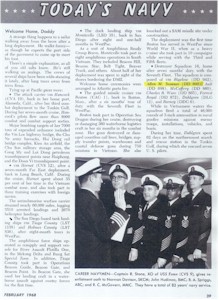 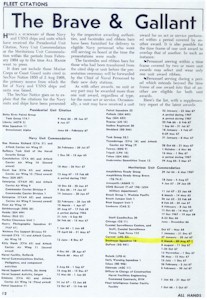 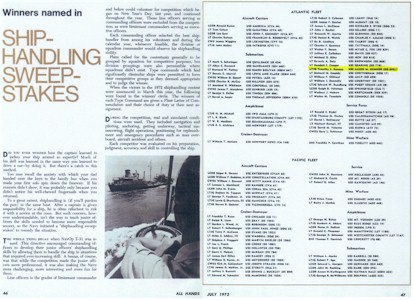 Back to the USS Midway Memorabilia Index

Many times Lisa refused to believe in what was happening. In high spirits, she left the audience, I know that tomorrow they will finish what they started. They recently moved to a new city where they knew. No one at all. Camila did not want to meet anyone, so that no one could take her time from her beloved Gerard.

So I had to contact my ex, although they parted not too well. I am glad that at least I agreed to help. When the doorbell rang, the girl was nervously smoking in the kitchen. A handsome, tall and muscular guy, in an unbuttoned suit and with a loose tie, appeared on the doorstep of the.

He looked with satisfaction at my neatly arranged roundness in the neckline. And he may want to overlook the corporate network. Put on your computer an advertising screen saver about our company, it is buggy and while it is playing, the rest of the data is not available. And the last thing: I will call briefly when I destroy all the dirt. Do you still have a special ringtone for my call.