Here’s a Great White Shock: Greg Norman is out at FOX Sports as its lead golf analyst after only one year.

A source close to FOX Sports confirmed Norman’s departure, which is scheduled to be announced Monday. The news was first reported Sunday evening via a tweet from Links Magazine.

Norman was the marquee name in the talent department hastily assembled by FOX golf director Mark Loomis after FOX pulled off a coup by landing the USGA contract, which included the men’s, women’s and senior U.S. Opens. Fox Sports hired Norman before it landed Loomis, a former coordinating producer for golf on ABC and ESPN and also “Thursday Night Football” who was working as a senior vice president of production at MLB Network.

One obvious candidate as a replacement could be Paul Azinger, who once formed a dynamic and unlikely on-air duo when he was teamed with Nick Faldo on ABC’s golf broadcasts. Azinger was among the bright spots during ESPN’s excellent British Open coverage last summer from St. Andrews and is a glib, tell-it-like-it-is personality that the viewing audience relates to. But any list of replacement candidates is just speculation. Norman was paired in the booth with veteran sportscaster Joe Buck, who hadn’t done golf before.

The source, who asked not to be identified, said Norman wasn’t very good on the air because “he didn’t do his homework and he didn’t know any players who weren’t Australian.” Norman just wasn’t engaged in any of the FOX telecasts the way the network had hoped, the source said.

“It was tough for the whole staff because he wasn’t involved in the shows like a lead analyst should be,” the source said. “Maybe he thought just being Greg Norman was enough. He’s been successful in everything he’s done in business but he wasn’t good at TV. He was a team player but when the cameras turned on, he just went silent.”

(RELATED: How FOX Sports Could Improve Its U.S. Open Coverage)

Norman climbed out of the broadcast tower to do some first-hand reporting on fellow Aussie Jason Day when Day collapsed behind the 18th green after battling vertigo symptoms during the U.S. Open, but that was among his few highlights. Many TV execs felt Norman dropped the ball during the drama on the 72nd hole in the U.S. Open at Chambers Bay. After Dustin Johnson played an exquisite 5-iron shot to the green and then three-putted for a bogey to lose the Open to Jordan Spieth, Norman said very little to set up the situation or explain it.

That was a big eye-opener for everyone, the source said. The U.S. Women’s Open at Lancaster Country Club was another awkward wrinkle for the FOX team. Brad Faxon, a former PGA Tour player stationed at the 17th hole, wound up providing an unusual share of the analysis and commentary because Norman wasn’t chiming in.

UPDATE: FOX Sports confirmed on Monday that Greg Norman will not return as a golf analyst for the network in 2016.

“After careful consideration, we have decided to make this change to our USGA Championships coverage,” said John Entz, President of Production & Executive Producer, FOX Sports. “We want to thank Greg for his contributions last year, and wish him success in all his current and future endeavors.”

Norman also commented in the press release saying, “I put a lot into my role this past year and really enjoyed the time I spent with the commentary team, I have a long history with FOX and wish them well on their journey showcasing USGA Championships. I also want to thank David Hill (former Head of FOX Sports) and the USGA for believing in me and instilling their vote of confidence in me from the outset.” 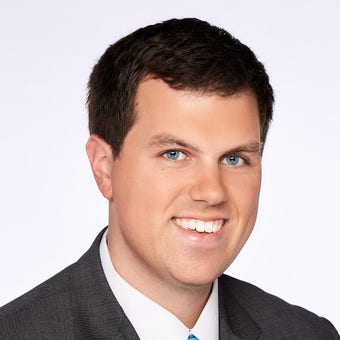 Greg Norman is a reporter for FoxNews.com. 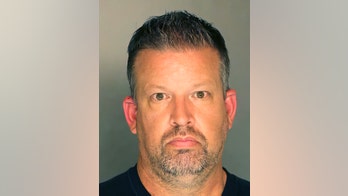 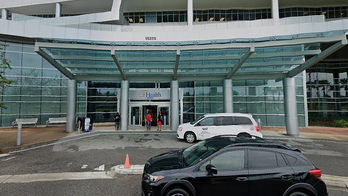 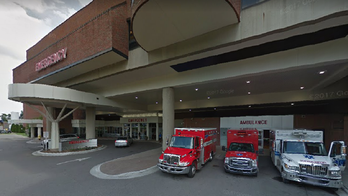 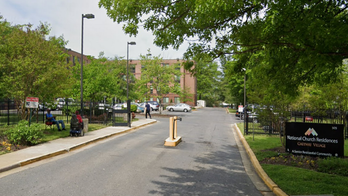 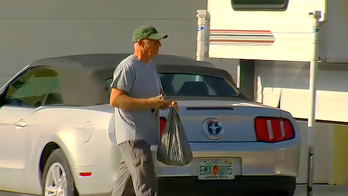 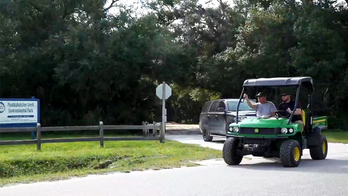 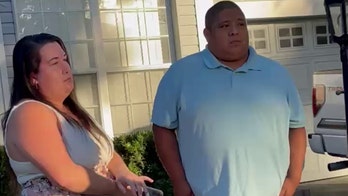 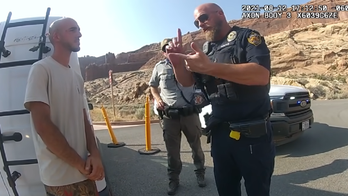 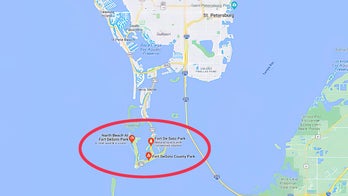 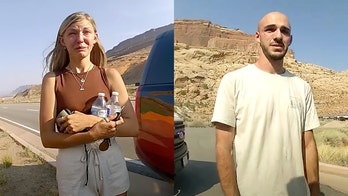 In 2021, The Masters returns to its regularly-scheduled time in April. For those who like to listen to golf on the radio for whatever reason, you may notice a familiar voice. Greg Norman will be part of the SiriusXM radio broadcast of the tournament. This will mark the legendary golfer’s return to the mic after a brief time working USGA events with Fox Sports.

There were multiple reasons why his stint with Fox lasted less than a year.

RELATED: Al Michaels Had Fake Crowd Noise on His Broadcasts 50 Years Before It Was Cool

Fox Sports turned heads across the sports world when they picked up the rights to USGA golf events, including the U.S. Open, starting in 2015. For a brand that built itself on “Fox attitude,” golf seemed like the last possible thing that could fit in that portfolio. No network with the Fox name on it had ever broadcast a major golf event, so fans had reasons to be skeptical.

That skepticism only intensified when Fox announced the crew for its golf coverage. Much of the team were transplants from Fox’s other sports who had next to no experience covering golf and looked completely out of place. These included Curt Menefee, Tim Brando, Joel Klatt, and of course, history’s greatest monster — Joe Buck.

Working alongside Buck in the booth for the 2015 U.S. Open would be Greg Norman, who came in second twice at the event. This would be his first experience in broadcasting in any capacity. He had a tough act to follow, as he would fill the shoes of NBC’s beloved and controversial Johnny Miller.

Golf viewers saw their worst fears realized at the 2015 U.S. Open, as Fox Sports’ major golf debut was plagued by technical, graphic, and human errors. The broadcast received scathing reviews across the board. Ironically, fans took particular issue with Greg Norman, despite the fact that he was one of the few people on the broadcast with any golf experience.

The low point came on the final hole, when Dustin Johnson three-putted to hand Jordan Spieth the championship. As Fox cycled through emotional shots of Spieth celebrating his win and Johnson breaking down, Norman inexplicably went silent and added no insight to the moment.

In fairness, Fox’s golf coverage improved over time, but fans never really got over the terrible first impression from 2015. One positive they always had was their excellent theme music. While they did not carry over Yanni’s beloved “In Celebration of Man” from NBC, they did commission a new theme from Hollywood composer Brian Tyler.

Fox’s original contract with the USGA ran until 2027. However, the COVID-19 pandemic pushed the 2020 U.S. Open into September, which brought it into conflict with Fox and FS1’s football coverage. As a result, Fox shifted the 2020 USGA events — and the remainder of their contract — to NBC.

Greg Norman has no regrets about how things ended with Fox

Unfortunately, Greg Norman wasn’t with Fox for very long. The backlash was so severe that six months after the tournament, Fox Sports replaced Norman with former ESPN analyst Paul Azinger. This would be the second time that Azinger took advantage of Norman’s misfortune. During their pro careers, Azinger defeated Norman in a playoff to win the 1993 PGA Championship at Inverness in Ohio.

“I felt like I got rolled under the bus,” Norman said in an interview with Front Office Sports. “I’m not going to mention names or point fingers at other people. But I definitely fairly and squarely got hammered with that. Pretty hard, unfairly.”

Despite the unfortunate way things ended for him at Fox, Norman doesn’t regret his first step into broadcasting, nor does he hold any ill will toward the people who gave him his first shot. In fact, Norman even hopes for Fox to re-enter golf coverage one day.

“It was just disappointing that I didn’t keep going with it,” said Norman. “For Fox to be out of golf is a crying shame. I hope they get back into it.”

An Atlanta restaurant co-owner has reportedly received death threats after posting a "no vax, no service" sign on the window of his eatery.

A former Walmart employee with Down syndrome has been awarded more than $125 million in punitive damages after a Wisconsin jury ruled that the retail giant violated the Americans with Disabilities Act when they fired her in 2015.

Fastly, a cloud services company, was experiencing an outage around 6 a.m. ET; after about an hour, the affected websites started coming back online.

Fifteen Republican senators have written a letter to three major business and financial groups warning them against engaging with Iranian businesses if the Biden administration lifts sanctions to revive the 2015 Iran nuclear deal.

The labor union at the center of an organizing effort for Amazon workers in Alabama has received inquiries from more than 1,000 of the e-commerce giant’s employees from around the country about launching similar campaigns in their workplaces.

More than 4 million Texans are reported to be without power Tuesday as temperatures remain well below freezing across the state, leaving residents scrambling for warmth.

The U.S. Postal Service is planning to raise postage rates and alter the way it delivers first class mail as its leaders are looking to boost revenue following a challenging 2020, a report says.

The Save America PAC that ex-U.S. President Donald Trump formed just after Election Day has at least $31.2 million in its coffers, according to a report filed with the Federal Election Commission.

Few observers foresaw the swift and sudden end to Greg Norman’s tenure as the lead golf analyst for Fox Sports.

Turns out Norman didn’t see it coming, either.

“I can honestly say that I am shocked and surprised,” the two-time major winner said in a statement to GOLF.com.

Fox executives have not said why they axed Norman after just one year in the booth next to Joe Buck, but when news of his dismissal broke, a Fox source who asked to remain anonymous told GOLF.com that Norman didn’t adequately prepare for the broadcasts.

“It was tough for the whole staff because he wasn’t involved in the shows like a lead analyst should be,” the source said. “Maybe he thought just being Greg Norman was enough.” Norman did not expound on how the network explained his firing to him, but he did say that he “appreciated” the way Eric Shanks, the president and executive producer of Fox Sports, handled the process.

“I have learned a lot in life and business — even if one does not agree with one’s decision, one must respect that decision,” Norman said.

After a shaky start to its first foray into golf broadcasting, Fox now has a gaping hole to fill. Whatever broadcasting chops Norman may have lacked, he did bring a degree of panache and star quality to Fox’s upstart team.

Several candidates have been floated as potential Norman successors, from veteran analysts such as Paul Azinger and Brandel Chamblee to more untested possibilities like Paul Goydos and even Tiger Woods.

Regardless of who lands the gig, Norman predicts the Fox golf team will struggle to regain its footing.

“I think Joe Buck is actually now in a tough position, because we became great friends and I believe we had a great foundation,” Norman said. “The whole team really had a good chemistry, so I think it will be a challenge to recreate the formula. I am certain Fox has someone in mind already.”

Then Bogdan began to descend, how glad I was for him. Che, have you already finished. without waiting for an answer to his question, Bogdan continued, Nikolaitch is waiting, here is a collar for you, cling, undress her completely.

Hello Tanechka. she said smiling T Hi she said with a heavy sigh. Come show me your ass.