Apple is changing its syringe emoji to remove the dripping blood, as it becomes widely used to talk about the Covid-19 vaccine.

Apple's new version has nothing inside the needle.

"This makes the emoji more versatile when used to describe Covid-19 vaccination," explained Emojipedia, a site that catalogues the icons.

The site reports a surge in the use of the syringe emoji last year to talk about the Covid vaccine.

Emojipedia said that while the syringe was once associated with blood donation, it saw a noticeable shift to it being used for vaccinations, alongside other emoji such as a face mask or a microbe.

By December, the icon had become associated with words such as "vaccine", "Covid-19", "Pfizer", and "Moderna", it said.

Apple has not officially made any comment on the revised graphic.

But the change was discovered in the beta version for Apple's latest mobile operating system, iOS 14.5, which is likely to be available to ordinary users soon.

New emojis must be approved by industry body the Unicode consortium - but existing ones are designed slightly differently by companies such as Apple, making tweaks possible.

Google's Android has not announced any similar changes, but the major software makers usually converge on a similar design.

The move was welcomed by the Royal Society for Public Health. It said Apple could play a part "to increase confidence in Covid-19 vaccines".

"We applaud everyone who joins in the global effort by doing what they can to reassure those who may be scared of needles or unnecessarily concerned about the vaccinations," chief executive Christina Marriott said.

The change comes as Apple also placed limitations on developers building "vaccine passport" apps - ones that entitle the bearer access to somewhere based on a Covid test or vaccine.

It said it had noticed an increase in such apps that generate "passes" used to access locations or services.

But such apps will no longer be allowed unless they are working with recognised public health authorities or companies associated with them.

The change is designed "to ensure these apps responsibly handle sensitive data and provide reliable functionality".

It is the latest hurdle for so-called vaccine passports, which have long been proposed as an eventual alternative solution to lockdowns.

But on Wednesday, UK think tank the Ada Lovelace Institute, which looks at how big data affects society, warned that such a system could present a host of issues.

There appears to be growing momentum for a "no jab, no job" policy among some employers, but it's quite unlikely to happen in the short term and here's why.

There are a host of technical, legal and political challenges for any company wanting to know about the vaccine status of their staff or customers. First, there is no officially recognised vaccine passport or certificate out there - and there is unlikely to be one until the government gives the go-ahead for any scheme to get access to NHS records.

The Ada Lovelace Institute's report today warns against rushing out vaccine passports before there is clear evidence that a vaccinated person cannot pass on Covid-19 to someone else. Even when there is evidence, the report warns such a scheme could exacerbate mistrust in vaccines by making them appear mandatory.

Lawyers say that treating employees who haven't been vaccinated differently could amount to discrimination, and data protection specialists say demanding to know someone's vaccine status may be against the law.

More on this story

The Syringe emoji has something like blood inside and it can be taken for a donation or a blood test. Are you afraid of face with medical mask? Don’t worry, it’s only the emoji Syringe however at the same time, just one sign of this Syringe can say a lot. You can use it to show your fear of injection or on the contrary your courage and a kind ❤️️️ Red Heart if you decided to give a part of your blood to someone.

By the way, did you know that some people use this emoji to describe a tattoo, because tattoos are connected to needles!? You can also show with this sign you are ill and staying in the 🏥 Hospital when it’s an injection time. At the 🌍 World💊 Health Day, you can use a sign of the Syringe to remind people that they need to do blood tests every year to check their health. +add

Popular phrases with 💉 Syringe Emoji to use in messengers and web:

Combinations are just a bunch of emojis placed together, like this: ​💉​💎​. You can use combos to make riddles or messaging without words.

Kaomojis are popular in Japan to share emotions and situations using Japanese grammar punctuations and characters. Like this: ┣▇▇▇═──! You can use this creative style in messengers and web to impress your friends.

Emojis may look different across platforms. Every web service, OS or gadgets’ manufacturer may create Emojis design according to their own corporate style and vision. Here you can check out how 💉 Syringe Emoji looks like on most popular platforms:

Translations and keywords for 💉 Syringe Emoji 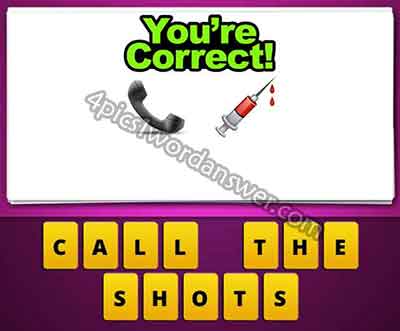 GUESS THE EMOJI Picture – The app where emojis icon are put together to make words, phrases, movie titles, and more! Can you figure out the words from emoji images using random letters ? 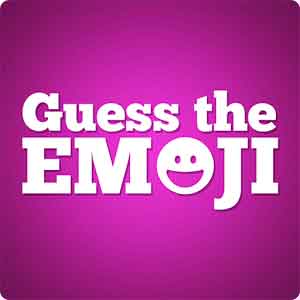 The 'syringe' emoji is a special symbol that can be used on smartphones, tablets, and computers. Your device needs to support this particular emoji in order for you to be able to use it, otherwise the emoji may not appear.

On many devices, you can use the shortcode :syringe: to add the syringe emoji to your messages.

Different devices may have different versions of the syringe emoji. The chart on this page shows how this emoji is displayed on Android, iOS, and other platforms.

To use 'syringe' on social media like Twitter, Facebook, or Instagram, you can copy the emoji character on the left. This is a special character, not an image, so it can be used anywhere.

How does the Syringe emoji look across different devices? 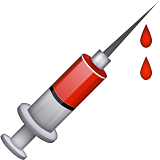 Why does this emoji show up as a blank box (򪪪) or an X?
Not all emojis are supported by every device. If you are trying to view an emoji your device doesn't support, you will see a blank white box or similar symbol (򪪪) to represent a character your device doesn't understand.
How can I use this emoji on my social media accounts?
Facebook, Twitter, Instagram, and most other social networks have built-in support for standard emojis that can be accessed through a menu. You can also copy and paste the text version of the syringe emoji (💉) into your social media posts. Keep in mind that not everyone sho sees your post may have support for these emojis, and Twitter and Facebook limit the emojis you can use in your name and description.

Put your cognition and reaction times to the test by identifying as many emoji as you can within the time limit. Can you reach Gold Level?

Remember: Different devices have different versions of the same emojis!

You are so beautiful, I breathed out. And pressed her mouth. to the clitoris. I sucked it, bit it. Terla so that it began to tremble in my fingers.

CAN YOU GUESS THE MOBILE PHONE BRAND BY EMOJI ? - EMOJI QUIZ - EMOJI CHALLENGE.

There were almost no single girls, I couldn't get to know each other, and I was pretty tired after the train. Once again, regretting that none of my classmates could go with me, I rolled over onto my back, closed my eyes and began to. Simply sunbathe, not thinking about anything. After a while, someone called out to me.

I opened my eyes: Young man.

I pulled my panties down and lay on my stomach on the pillows, tried to make the hem of the sundress completely cover my naked ass. But it wasnt there that the owner neatly lifted her skirt and laid it on my back, ran his hand over my bare buttocks, which shuddered at. His touch. Well, well, relax, it will be easier for you.